Super Sunday not so Super for Some

By lifelearn admin February 10, 2016 Musings and Reflections
No Comments

ell, that was an interesting turn of events, wasn’t it? There were kitties and horsies playing together and everyone thought the kittes would do the best. Of course they would. How could anyone think any differently? But in the end, the horsies came out on top. Age beat out beauty and experience and perserverance won the day. Yes even I, Thomas the Cat, like to watch a good football game now and then. I even like to watch to commercials, though to be honest there were not that many impressive ads this year.

What I found almost more entertaining and thought provoking was watching the human and animal interaction within the home where I was lucky enough to watch the “Big Game”. I went home with my girl 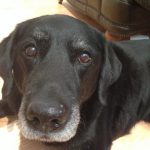 Cindi for the weekend, and she took me to the Super Bowl Party to which she had been invited. We arrived and of course there was food, enough to feed a small army. And there were guests. Almost a small army, but not quite. There was laughter and conversation, jokes and teasing. There were also dogs. Now, you know me, live and let live I say. I never met a dog I didn’t at least try and get along with. These two dogs, I have to say, are mighty fine ambassadors of their species. The older one, Katie, is a 12 year old Labrador. She has lived a good and wise life, and has a human mother that is very kind and loving, with large soulful eyes and a soft, warm touch. She also has wonderful grandparents that dote on her as any good grandparent would. She was visiting the house with her mom and grandparents, watching the game with the rest of us. I found my perch early, up on the back of the sofa. Katie came in and sniffed at me, pushed her nose into my face, and gave me a lick. I was about to put my foot down, but she turned and headed off to greet the host and other guests. Kind of surprising for a Lab, but then she is getting up there in years.
About that time, the dog of the house arrived. He had been in the back yard, lounging in the sun, chasing squirrels, and getting into various sorts of mischief. This is my supposition. I wasn’t out there with him, I can only assume. This young man is full of boundless energy and exuberance. His love of life is bound only by the confines of his human parents. If it were up to him, all life would run and sniff and jump and play and chew and chase. However, his parents have taught him well and he is learning his manners. And those he refuses to learn from his parents he was educated about by Miss Katie and myself. Mainly, you are allowed to put your nose in other animals’ business
only so many times before being cuffed, scratched, or nipped. He is a stubborn boy, but by the end of the evening he was starting to learn. 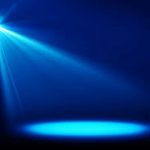 One lesson I noticed he had to learn during the course of the evening, is that sometimes you have to share the spotlight. As I watched the events of the afternoon and evening unfold, high upon my lofty
perch, I had more than a few moments of sympathy for my new young friend. Did I mention that he is a seven month old Labrador? Forgive me, sometimes details escape me. In this instance however, it is crucial that you know some of the background. Mikey has lived with his human family since he was 8 weeks old. His mom and dad are so proud of him. He is a good-looking Lab, and will grow into a handsome adult. His head is wide, his chest is broad. His mom and dad are planning to have him altered when he has reached maturity, waiting a bit longer than some to help support his joint development and ensure that he reaches his full size and potential. At this stage of the game though, he is entering those hormonal “teen years”. With the sense that the universe gave a flea.

The humans were talking, watching the game, petting the dogs, filling their plates. The dogs were getting to know one another in that way that only dogs can. Suddenly, there was a snarl and a snap and a yelp. Surprise? Probably. Pain? Less likely. Embarrassment? Most assuredly. Apparently Mikey had gotten a little too “fresh” with Miss Katie and she “slapped his hand”. It deterred Mikey for a moment. Then the game was on, at least in his mind. He went in for a kiss and was rebuffed again, a little less gently.

Oh, and did I mention that the entire time this was unfolding, Miss Katie was being groomed and petted and cuddled by Mikey’s mom? I admit, I felt downright awful for the little guy. First he gets rebuffed by the first girl he’s been close enough to sniff, and then his mom only has eyes for the same girl. With those kinds of odds, the kid didn’t stand a chance. 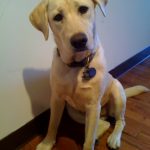 As the evening wore on, and Katie continued to receive the lion’s share of attention from Mikey’s mom, Mikey tried to go around to the other guests, and his dad, and received attention and kind words. I noticed though that he grew more and more restless, never staying in one place for long and always returning to look hopefully and expectantly at his mom. She never did quite seem to understand what he was asking for when he got “all up in Miss Katie’s business” as the kids say. (At least they used to…am I showing my sheltered side?) Mikey started barking and of course that never goes over well. His mom hushed him. Finally! A word, albeit a negative one, but a word nonetheless. He barked some more. Mom got up from her place next to Miss Katie. Mikey started to jump and dance. She grabbed him gently but firmly by the collar. He went along with her happily…and was put in his kennel for a time out. While I agree that the time out was necessary for everyone concerned, I also felt like Mikey’s mom missed the point. He wanted some cuddle and grooming time, too. And while Katie was the “guest”, being seven months old and the center of his parents’ universe until that afternoon, he didn’t understand what was going on. He used the tools he had at his disposal, barking, mischief-making, pushing the envelope, to try and garner a piece of the attention.

Miss Katie and her humans left a little after the start of the fourth quarter. Mikey was released from his crate, and was ready for action. I never did see him get the cuddle, grooming, and floor time that had been so generously bestowed on Miss Katie, but we also departed soon after the game was over. As I reflect over the evening, what stood out to me is when a gathering of humans involves pets as well, especially young pets, it is critical that each pet receive equal time.  A lot of the fuss and bother could have been avoided if Mikey had been taken for a walk with his mom, or if she had taken him out to chase the ball or Frisbee. Obviously at seven months he would not sit for a

long grooming session. What he really wanted, and was asking for in the only way he knew how, was quality time with his mom and the reassurance that he was still her number one.